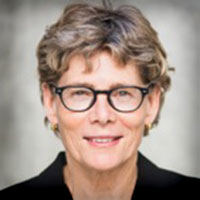 Maureen Miller is a senior fund development professional who served for 20 years as the assistant dean of College Relations and Development in the UC Davis College of Letters and Science, the largest educational unit of the campus.

Maureen was responsible for raising the college’s goal of $70 million for the university’s Campaign for UC Davis, an 8-year, $1 billion effort.  When the campaign concluded in 2014, the college had raised $92 million, exceeding its goal by over $20 million. She also founded and managed the college’s premier volunteer board.

Maureen played a lead role in raising funds for the completion of three major arts facilities at UC Davis: the Mondavi Center for Performing Arts, the Shrem Museum of Art, and the Pitzer Center Recital Hall. In her career, Maureen has successfully closed many gifts over the million-dollar level.

Contact The Weiss Group today to develop a strategy to propel your organization forward.